Children who start fires can be helped 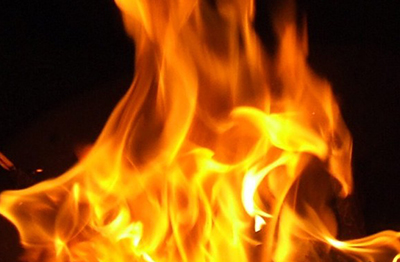 CONCORD — Children who light fires get special attention from state officials because of the damage and loss of life they can cause to themselves and others.

Sheryl Nielsen, M.Ed., a public education specialist with the Fire Marshal’s Office, said the state has diversion programs for youth.

“Whether a youth is merely curious about fire, making a cry for help, attempting to control the adult world, or engaging in delinquent behavior, it is extremely dangerous for children to use fire,” Nielsen said.

Nielsen said youth who play with fire can be helped, but they must receive the right kind of help.

“The reason a child uses fire must be identified by a trained professional and addressed,” Neilsen said.

Intervention programs vary, Nielsen said, and they typically contain one of more of the following: Education, psychological treatment or community service.

In the Seacoast region, there are fire-setting diversion programs for youth available in Rochester, Alton, Concord, Exeter and Newton.

According to the National Fire Protection Association, children are less likely than adults to set property on fire maliciously, but curious young fire-setters cause hundreds of fire deaths and injuries every year. Between 2007 and 2011, an average of 49,300 fires involving “playing with fire” were reported to U.S. municipal fire departments each year.
These fires caused annual averages of 80 civilian deaths, 860 injuries and $235 million in property damage, according to the NFPA.

Preschoolers and kindergarteners are most likely to start these fires, the association’s website says, typically by playing with matches and lighters. They are also the most likely victims to die from the fires they set.

According to fireproofchildren.com, preschool-aged children have a limited understanding of cause-and-effect, and cannot appreciate the idea that a small flame can become a large and deadly fire.

“Adults often encourage children to use or exert control over fire, whether by holding candles in a church or blowing out candles on a birthday cake. This can reinforce children’s ideas that fire is not especially dangerous,” said the authors of “Counseling Children Who Play With Fire,” an instructional guide for school counselors.

Authors Robert Cole and Daryl Sharp wrote that as they grow, children who have greater exposure to household activities involving fire and have been given responsibilities for chores involving fire, such as cooking, were three times as likely to report having at least one instance of fire play. Children given those chores are more likely to believe they could put out a small fire, the authors wrote.
Teenagers, on the other hand, can appreciate the full range of possible outcomes for fire, Cole and Sharp wrote. They cited a study of adolescents in which those with more significant fire involvement were likely to report other risk variables such as smoking, binge drinking, cannabis use, sensation seeking and psychological distress.

Parents, Cole and Sharp wrote, need to understand that fire play is not typically a sign of an emotional problem in younger children. They need to be aware that their own modeling of fire use sends unspoken messages to their kids.

Matches and lighters should be kept in a locked cabinet, where younger children cannot take them into their bedrooms, where children start most fires.

Babysitters, the authors wrote, should also be trained in fire safety.

The NFPA has listed fire safety tips for parents and caregivers on its website, www.nfpa.org. Nielsen said people can also reach out for help to their local fire departments.